How many times have you been in a trade that really looks good, but then begins to move against your position?  Does it make you uncertain and do you begin to feel conflicted and wonder what you should do?  Then there is the flip side where you find yourself in a profitable position and you decide to exit only to see the market continue moving much further in your favor leaving you feeling like a fool?   In this post we will explain how to simplify your exits and make them as simple and unemotional as possible.  In our previous post we discussed the 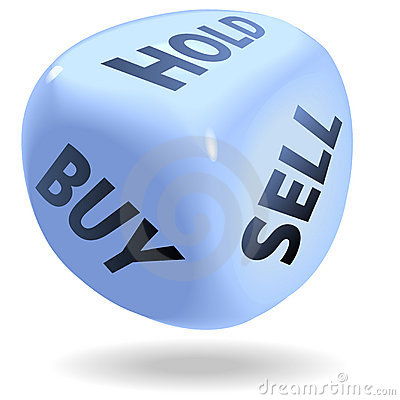 impact of fear in your trades and, in fact, that is something that you must overcome before you can address trading with a level head and little emotion.  The most troublesome obstacle that will face is likely to be yourself and your emotions.  So anything that can be done to remove some of those emotions will be a huge benefit for you.

Exiting trades is hard for most traders, but it doesn’t have to be. Like most other aspects of trading, people tend to over-complicate their exits and make them a lot more difficult than they need to be. It is the ability to properly exit trades that separates the successful traders from the rest of field.  The professional traders will tell you they can pick trades with a high degree of accuracy but they cannot turn a consistent profit unless they have a manageable exit strategy.

Exits take two forms and both are equally important.  When the uninformed traders think about exits they usually have in mind a profitable exit.  You must realize that you will not win all of your trades and the key is to lose less on your losers than you make on your winners.  If your loss amounts are much lower than your win amounts you can make money even though you have only a fair winning percentage.  That method of control to protect your account while you seek further rewards is called money management also known as risk management.  Understand you will have losing trades and on some days far more than you wish.  However, if you are practicing good risk management you will live to win another day.  Risk management is topic on its own, however we will not be addressing it in this post.

I am reminded of an old song “Breaking Up is Hard To Do” in trading it would be “Making Up is Hard To Do” and it should be your song.  Losses on over leveraged trades are very difficult to make up.  You have to hit multiple home runs just to break even.  Being in the negative and trying to make it up is not where you want to be.  Another problem associated with over leveraged trades is using “hope” in a trade and thinking it will come back thus you hold on rather than exiting where you should have.  It has the same effect as a trade that is intentionally over leveraged.  Trades based on this irrational hope will cause you to loss much more that if you had exited at the appropriate point. This practice will cause you to get deeper and deeper into the trade and finally you exit at absolutely the worst time because you can stand to get any deeper in the red.  Having this false hope that the market will come back and save your trade is one of the fastest ways to blow out your account.  The emotions that are tied to that kind of trading will leave you hopelessly paralyzed to make an informed decision about exits.

So what are we to do?  You must know what your intentions are on a trade before you enter that trade.  To simply take a trade and see how far it goes before you exit will likely cost you more money than the wait will make for you.  Trading the same instrument over a period of time should give you an idea of what the average swing is for the chart time you are using.  Having that information can give you not only a probably entry point but also a good stop and final exit point.

But first what kind of stop are you considering?  Will it be stop for loss or a stop for profit or you could be setting both of them simultaneously. A stop for loss is one that will never be moved, never, never, never.   Did I saw never move loss a stop for loss? Having a flexible stop for loss will be the beginning of a blown out account.  If you recalled we summarized the principles of risk management and emphasized the importance of it.  A stop for loss is one of the tools to identify your maximum risk.  Your risk tolerance will depend on your account size and how much loss you can emotionally handle.  Is a loss of $200 acceptable but $300 is too much?  Perhaps you are willing to risk $2000 for a return of much more than that.  Your reward will be definitely be connected to the risk you take.  However, that is not to say that the way to big rewards is through big risks.  The best way to explain is concelpt is to look at how price moves on different chart times.  The chart on the left is a 15 minute chart and chart on the right is a 5 minute chart.  The gray boxes represent the same period of time.

Assume we decided to enter a short trade when price crosses below the moving average.  The two grayed areas represent the same period of time with a trade being indicated on the shorter chart first as the longer chart does not cross the moving average until later.  So it is obvious that chart times might affect when you enter a trade depending on the parameters defining that entry.  The same would hold true for exits.  Also assuming the exit signal would be triggered by a cross of moving average in the opposite direction we see the short chart is exiting much earlier than the longer chart.  But the really important thing here to remember is that same price move is occurring on both charts.  On the longer chart you would need a higher  risk before an exit would be triggered than on the short chart.  This illustrates how your risk tolerance may vary depending on what kind of trade you are looking to enter.  Another way to look at this is if you were playing the cycle highs and lows to determine entry and exits.  What might be a cycle high or low on the shorter chart is but a blip on the longer chart and yet the move is exactly the same.  Price is price regardless of the chart time.  So with that in mind, it would be prudent to see if the method you choose to establish you stops is affected by chart time.

When we first enter the short trade we would put a stop at a previous cycle high as indicated by the arrow for entry and the stop for loss above it.  The spread between this stop and your entry is the risk you are taking on this trade.  As price moves down we achieve lower cycle highs at that point we are no longer in danger of losing money but now we start to move to preserve our profit and we set a new stop at the new cycle high and we continue this practice until price violates a previous cycle high which is our exit point.  This is a slightly more advantageous rather than waiting for the reverse cross of the moving average maximizing our profit potential.  There is a second principle that can be applied here and that is staged exits.  Whereas you could have exited 1/3 of your position on each or the previous retraces and taking the final exit at the last stop for profit.  Since you would not be liquidating your position you would only be taking partial profits at each exit.  If you did decide to do that then it might be a good target of the second candle against you to maximize that partial profit and then if it kept going until it hit your previous stop you would be that much ahead but if price  continue with the run you are still in the trade for the balance of your position.

To summarize this play of exiting the entire position at the end it equates to about 2.5 to 1 reward to risk, pretty much a minimum that we should target.  We would been better serve by placing a stop for loss not at the previous cycle high, but rather at the high of the previous bar.  With that adjusted stop for loss our ratio changes to a 4.6 to 1 a much better reward to risk ratio.  This also make it much more of a palatable trade to those with high risk aversion.  In a more volatile market you would also have a higher incidence of being stopped out as well so exactly where to place it one must deal with both aspects of higher profit or higher chance to stay till the end.

This completes part one of Exit Strategies.  Part 2 will continue with other exit strategies that one might consider.